We must hold our political leaders to account, to make sure they do what they say they will do. They should not be allowed to offer false promises 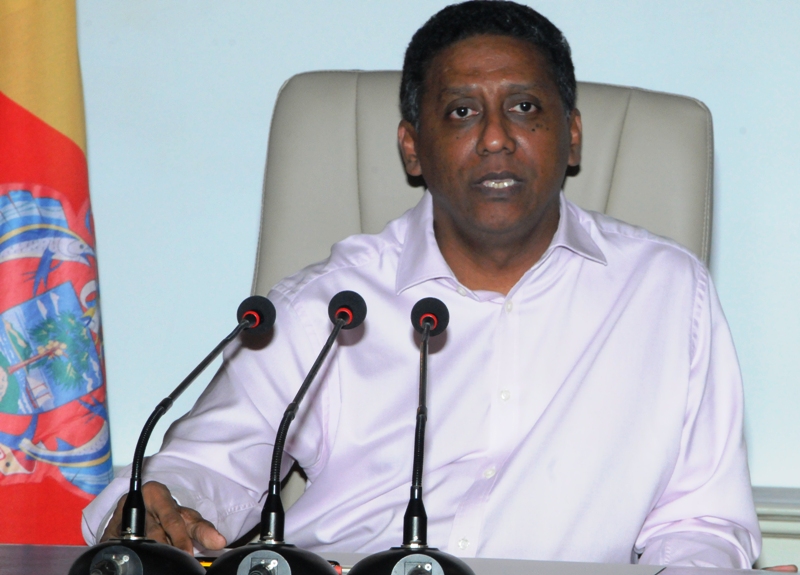 On the face of it, the live Press conference held by President Danny Faure was a success.

I must say that it seemed a very good gesture by Mr Faure.

In a day described as historic by his office, the President met with journalists and presenters from ten media organisations for a press conference that went out on TV, radio, and the internet.

He was quizzed on issues raised in the State of the Nation address given the day before and it all went very well. So much so that his office said it will be the first of many.

I welcome the idea and I hope that it continues too because this is something that we get in the great Western democracies of Great Britain and America.

It is a very interesting development for our small democracy.

But we have to wait and see how the people of Seychelles view the situation as we all must hope that it continues for the benefit of everyone in the archipelago.

So what issues were raised by the State of the Nation address?

Well, we had statements on among other things, family values, drugs, housing, poverty education, tourism and enterprise. But there were ominous gaps and lack of detail in other key areas.

Any hint of a fresh presidential election was missing, National Reconciliation was dealt with lightly while corruption was ignored.

Mr Faure acknowledged the new political climate when he said: “Today, a different atmosphere exists in the country. Together, we are bringing a new working environment. One in which there is dialogue, there is conversation, one where we consult. And most importantly, one based on mutual respect. In the presence of mutual respect and trust, the country will progress.”

There was however no mention of the continuing disquiet over the disputed Presidential election of 2015.

What happened to the big campaign to have the election held again? Didn't Opposition leader Wavel Ramkalawan promise to press the matter?

Why has it all gone quiet?

Some also have it that Danny Faure may not be president for the full term. Is this true?

In his address, the President gave a tiny flicker of recognition to what I consider the great need of our time: a National Reconciliation and Unity programme.

This is what he said. “I would like to express my support for the committees that the National Assembly has established and the work that they are doing; in particular the new Committee on Victimisation, and the other on Truth and National Reconciliation.”

I would like to have heard more but it was not to be.

Mr Ramkalawan later talked about corruption, which he said was not touched during the State of the Nation address.

“This remains a subject that is affecting the country,” he said.

So nothing there too, but there was more hope on another issue that troubles me greatly: drug abuse.

Mr Faure promised a new strategy and a restructuring of the National Drugs Enforcement Agency from March 1.

He said: “Our foundation today is being eroded by drugs. Drugs have become a societal problem. As representatives of our population, you see the havoc that this has wreaked in our communities. Our citizens also observe this problem, they are concerned by this issue, and they seek solutions.

He was joined in this by Mr Ramkalwan, who said: “It is a mission that we should all be involved in. I know that the biggest excuse being used is that it is difficult to bring forth evidence against them (the drug barons) and this excuse is not valid anymore.”

Dr Patrick Herminie, Secretary of State for Drug Rehabilitation, says drug addiction is a chronic medical problem which has to be solved medically.

It was, he said, “an unprecedented epidemic with frightening figures which is destroying the fabric of our society” and he has given himself three years to put into place a system to deal with the problem.

Well, first of all the government should look at the drugs epidemic historically. I don't believe that those in power since 1977 were unaware of this creeping evil and the powerful influence of the drug barons. They could have done something a long time ago but they didn’t.

Alcohol is rightly being treated as a major issue too.

The President said: “The quality of alcohol being consumed is affecting the health of our citizens. Our children are able to access alcohol far too easily.

“I think that the National Assembly ought to have a frank debate on this subject, and to make some concrete recommendations. The time has come to depoliticise this problem.

“The upcoming generation need to grow up in an environment where alcohol is not in abundance and where drugs are not a temptation. These problems will not be solved in the coming days, but if we truly want a Seychelles where the workforce is healthy and productive, it is essential that all of us, together, collectively, bring this battle against these two social ills that are eroding the base, or the foundations, of our society today.”

I have long been aware of the awful conditions that people live in on the Corgate Estate in Mont Fleuri. At last we may see improvement.

Mr Faure said: “Another difficulty for our families today is the issue of housing. This is a serious problem. Despite having done a lot, it remains a major problem. The majority of letters that I receive from our citizens is about their hardship and sacrifice in their pursuit of a place they can call home. I even receive letters from children, who describe the deplorable situations in which they and their families live.”

Good... and not before time.

The new Ministry of Family Affairs the President has created may also bring relief to those in need.

“Families form the foundation of our society, and we must go towards the family unit to address our challenges. We need to return to good moral and spiritual values early on so that our children have a much stronger foundation.”

But in the end all this was just words. And we have heard many words before, all connected to action plans and strategies that were not completed or even followed up.

Yes, we have been disappointed many times. But now we want to see action.

We need to list what our political leaders say today and look again in 12 month's time to see what has actually been achieved.

It is our future that they hold in their hands so we need to hold them to account, to make them live up to their promises. We know we have to do this ourselves. Who else would you trust?