International award for Joe Samy, the man who always has a song to sing 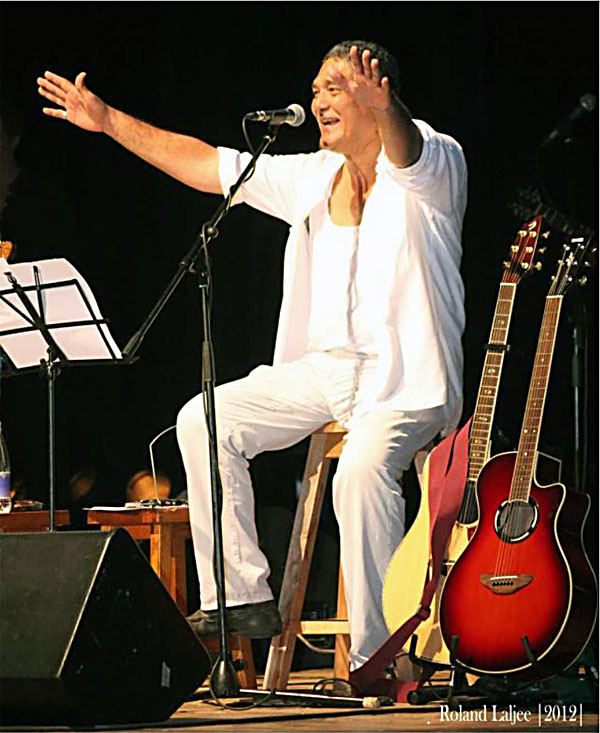 The man who sang “La Digue”, “Mon pei  byenneme”, and “Lo en lot zil” dedicated to Praslin, has been made “Chevalier  de l’Ordre des Arts et des Lettres”, by the French government. It was in recognition to his contribution to culture, through his many songs.

Clearly, the French were delighted by his version of La Digue, translated in the language of Moliere. After all, La Digue was the island which received the most settlers from their island of Reunion, then called “Bourbon”.

But, as a television producer, Joe has also been instrumental in several documentaries about our islands, aired on the Paris-based TV network, TV 5.

Joe recalls that he received the award at the Botanical Garden in a ceremony attended by anybody who is somebody in our archipelago. Also, last year, Joe was guest of the Mauritius Government at its festival “Le tourisme et l’eau”. He sang at special Mass held at Ste Marie-sur Mer near Port Louis.

He was received by the Deputy Prime Minister, Rashid Bebeejaun, and was interviewed on television and radio.

Joe also performed at a concert as guest of Sandra Mayotte as well as the popular sega group “Cassiya”, among the best sega group on the island of “Paul et Virginie”. 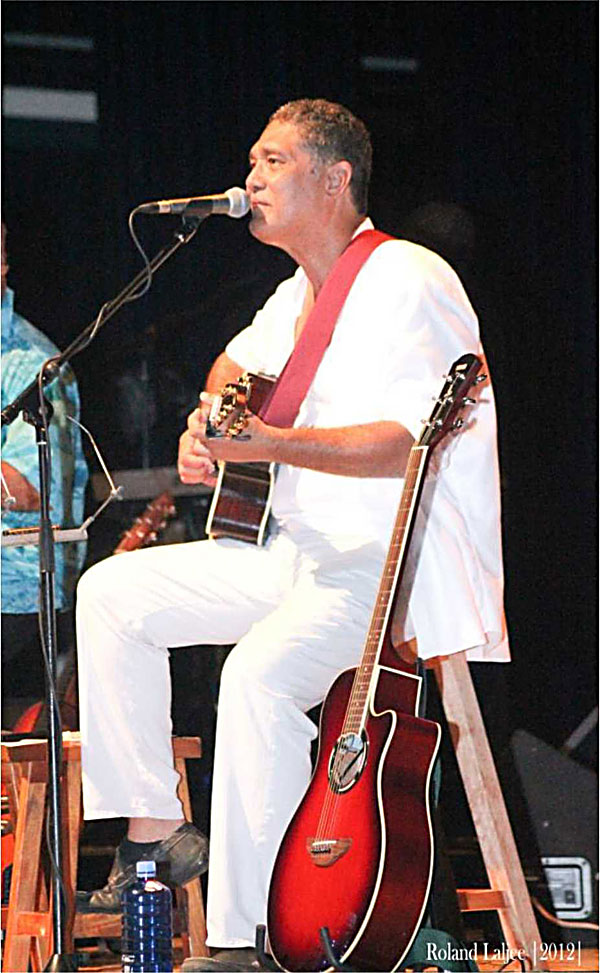 On song: Joe performing on stage

Joe Samy, who learned to play the guitar at the age of 10 and was guided at the time, by Radley Weber and David Andre, later joined a guitar club for Mass at Seychelles College Hall, called “Shalom Mass” when he was in A-Level.

After completing his A-Levels, Joe recalls being on attachment at “Seychelles Nation”, where his first assignment was interviewing and photographing a party of local fishermen who had been lost at sea for several days before being rescued. He was told by the Director of Information, Antonio Beaudoin, to “shoot as many pictures as possible, in order to have at least one good one”.

It was during that time that I got to know “bon vivant” and jovial Joe Samy, always with a good story to tell and a song to sing.

After several months, like several other students, he was sent to Algeria, where he studied journalism and communications at the Faculty of Algiers, in the capital.

I was also sent to to Algeria, on attachment to “El Moujahid”, the country’s only French language daily. We would often meet on Saturdays at the main Post Office in central Algiers, to share news and the latest gossip from back home.

It was while on holiday home that he was once thrown out of the Katiolo discotheque for turning up in Arab apparel, complete with Keffiyeh.

Joe later went to France where he took a “diploma” after studying literature and languages at Nantes University. It was to serve him in good stead on returning to Seychelles to work as a teacher.

In 2012, Joe also won “Meilleure Chanson de l’annee” in 2012  for his song “Mon pei byenneme”. This was sung for the first time to mark the 150thth anniversary of the Great Avalanche, which swept across Victoria and accumulated enough mud to reclaim the area known as” Gordon Square” – now renamed Freedom Square. This was sponsored by Airtel Music Awards.

According to Joe, his best album has been the multilingual one, also coming out in 2012, containing the French version of “La Digue” as well as “C’est comme ca” and “Mon pei byenneme”. The CD sold about 10,000 copies, many of them to tourists who love the catchy tunes and the songs in English and French.

Joe Samy is best known in Seychelles as the singer of theme songs.  For instance. “Don’t let them die” and “Pei byenneme’ have been adopted by the Ministry of Environment. Then there  was “La sezon Kreol  in refleri”, for the annual Kreole Festival, “La Digue” in both Creole and French and  “Lo en lot zil” about Praslin.

The last song is often played on the inter-island ferry “Cat Cocos”. 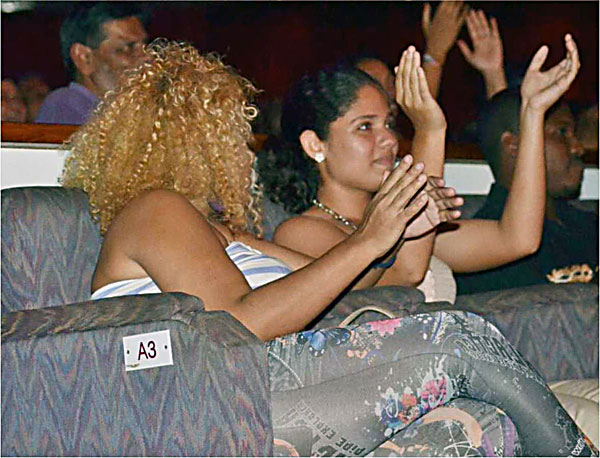 Proud: Daughter Chloe, right, at one of Joe's shows
Besides music, Joe Samy’s great love is for his beautiful 19-year-daughter, Chloe, presently studying for a diploma in Hotel Management at Ireland’s Shannon College, in partnership with the Seychelles Tourism Academy ( STA).

Chloe makes it a point to try to attend every concert at which dad is present to applaud him his performance.

Joe is presently working on a new album and is calling for sponsorship. The album called “Eau des Iles” might be used to promote the “Vanilla Islands” .

Joe sings about the Vallee de Mai of Seychelles, the Chamarel-coloured earths of Mauritius, the majestic mountains of Reunion, the Palais de la Reine of Madagascar and the strange seascapes of the Comoros.

Among new numbers are “Ocean child” and “We are beautiful”, dedicated to the Small Island States, which held their summit in September in Samoa, under the aegis of the United Nations.