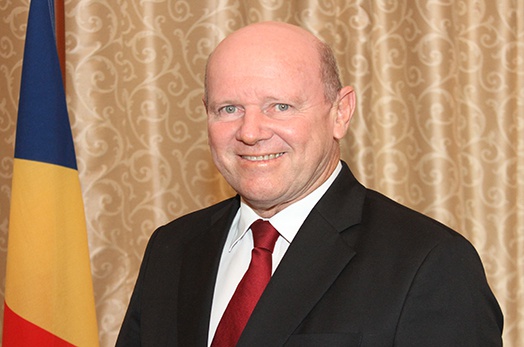 Seychelles shot itself in the foot in withdrawing my candidacy for the world's top tourism job. It was a humiliation that you do not even do to your worst enemy.

There has been confusion and much rumour over what happened with Alain St. Ange and his candidacy for the post of Secretary-General of the United Nations World Tourism Organization (UNWTO). SeychellesLife asked the former Tourism Minister if he would care to give us his assessment of the situation and to clarify the details. He agreed and here are his answers. They make for a fascinating insight into the machinations of international diplomacy and sharp dealings behind the scenes...

Who was responsible for nominating you for the post?

The Government of Seychelles was the only entity authorised to nominate my candidature. President Danny Faure personally signed the endorsement letter. Candidates for the position represent a country and are not there on a personal basis.

Were you happy for the nomination? Is it something you wanted?

After years of working in the private sector before heading the island's Tourism Board and then the highest Office of the Seychelles Tourism Industry as Minister, the UNWTO position was the the ideal step. I was happy to know that I personally had support from the World of Tourism and received the endorsement of my country in order to lodge the nomination documents. This was something I wanted and it was something that would be good for Seychelles tourism.

Why did you have to step down as Tourism Minister once the nomination was put forward?

After lodging my nomination in early January I was in Seychelles for no longer than two weeks. I knew that it would have been unfair for our tourism industry, the industry that had become the main pillar of our island's economy, to have their tourism minister not on the ground but instead crisscrossing the world looking for votes. I needed to be fair to the private sector trade who had invested in this industry.

Why do you think, after all the fanfare for Seychelles, that Zimbabwe was preferred by the Seychelles administration? Were any of the other five other countries also putting candidates forward, ie Armenia, Brazil, Columbia, Georgia, Korea, aware of this friction?

Seychelles shot itself in the foot with their decision. You publicly endorse a candidate you see as your role model for that industry and a country you can stand behind as the example for the world. Seychelles is today a leader, and a respected one at that, in the world of tourism, and to choose Zimbabwe as their benchmark showed a lack of seriousness by our Foreign Affairs. At first the saga with Zimbabwe was very much a Continent Affair with Zimbabwe playing their local political manoeuvres on Seychelles. Seychelles Foreign Affairs were being more Royalist than a King at the detriment of their own country and making a laughing stock of our islands. South America had two candidates and no such saga existed right to the end. But this is Africa and we needed extremism and bully approach. Many of the other candidates just sympathised with me at the lack of maturity by Africa and our failure to embrace democracy.

President Faure said that the decision was taken to avoid putting the country in a situation “where the well-being of Seychellois was being played with”. What did that mean? What hold or threat could Zimbabwe have made on Seychelles?

The President's statement was based on the threat of the African Union of sanctions. Was that a credible threat? Has it happened before? Seychelles was once upon a time under sanction by the AU and the punishment was to sit at meetings with no right to speak and vote. The economic threat was a joke because no airline from Africa would have discontinued their service to Seychelles. These economic decisions are not dictated by junior staff, but taken by the Sanctions Committee after discussions with Member State Ministers. The Tourism Ministers' Meeting in Addis Ababa had dissension voices and the consensus was that it was not representative of Africa and was called by Zimbabwe to support their crumbling bid. Zimbabwe has no hold on Seychelles and we should not have jumped when they screamed.

Mr Faure also said: “As the President I could not let that happen as the communiqué addressed to me was very clear”. Was the communique, the exchange you listed between two junior officials in the African Union and the Seychelles Ministry of Foreign Affairs? If so, what relevance at higher levels could that really have?

President Faure was simply misled and the fact will be tabled in court. We never did due diligence on the AU letter. It was taken at face value and today the Seychelles tourism industry lost out because they were set to benefit from a bonus in visibility as never before. With visibility Seychelles tourism would remain relevant. Seychelles Foreign Affairs had the duty and responsibility to despatch a Minister to Addis Ababa to meet with the highest level at the AU and discuss the threat of sanction if this was in fact a true scenario.

You say the plug was pulled on you days before the election, but did you have any inkling earlier that something was afoot?

The plug was pulled but just two days before the elections. I had no idea Foreign Affairs was up to this. I was working hard to get our flag to fly at the highest level in the world of tourism. It was plain and simply a humiliation that you do not even do to your worst enemy.

What is your opinion now of Danny Faure and the government officials involved?

I am sad that this happened. I am a patriot and wished that, at our foreign affairs, more patriots were employed when on the contrary many known sincere patriots are leaving the department. This says it all.

Did, as has been suggested, rival opposition Seychelles politicians play any part in this?

Seychelles is suffering with the sad disease of “with us and not with us”. This was so bashed as a concept when I sat in the opposition bench alongside [Wavel] Ramkalawan, but he is doing exactly that and denigrating anyone who is not with him. Instead of respecting each and every Seychellois we look at their political affiliation and when this is obscure we attack them anyway. Seychelles is going through a difficult patch and many are today speaking up in groups and looking for alternatives who would put Seychelles and the Seychellois first not based on political affiliation.

These events must have come at some cost, economically as well as politically and personally. How much money has it cost you and how has it left you feeling?

I am bitter, as can be expected. I spent a fair amount of money because I was sure of victory. I was not helped by the Government financially and the Opposition on their part did a PNQ [private notice question] to try to show their own feeling and it did nothing to support the Seychelles bid. But public support was overwhelming from the churches to the Speaker of the National Assembly, Hon Patrick Pillay, to the thousands who messaged me non-stop or wrote to me. That was so encouraging and to these patriots I say, thank you.

What support have you had from Seychelles colleagues, politically and personally?

You have said you will sue the Government for damages, have you had a reaction from officials?

No, not yet. But redress is essential to bring closure.

What do you plan to do next?

I will finish this then re-strategise on my future.