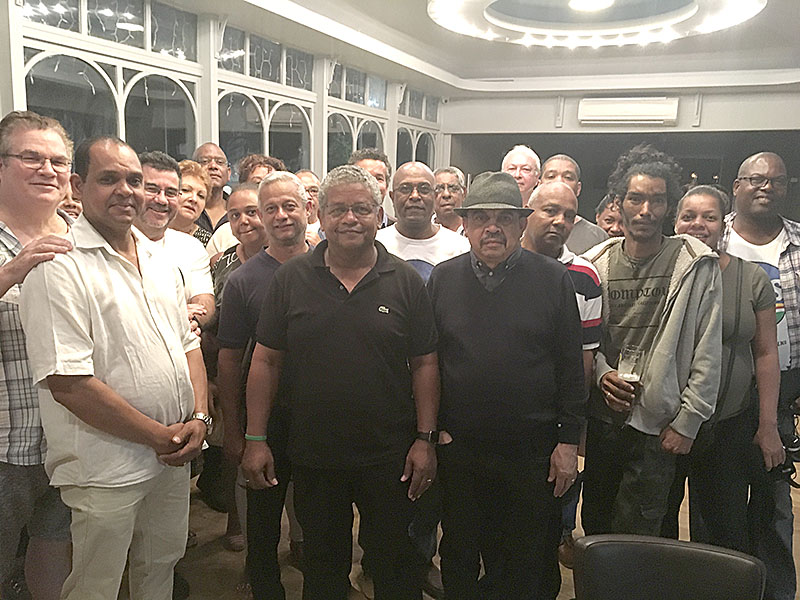 Wavel Ramkalawan was greeted enthusiastically when he made a special visit to London.

The Leader of the Opposition in Seychelles' National Assembly gave an update on events in the archipelago.

I was there and thought it was good to see a leading Seychelles public figure in the UK.

Mr Ramkalawan, who is also Leader of the Seychelles National Party (SNP), was in fine form.

He gave a short speech and chatted later to people – many of them LDS supporters – in the audience at the Osterley Park Hotel in Isleworth, Middlesex.

He was clearly a popular figure with everyone wanting to talk to him and put their views.

Seychelles Life had earlier asked Mr Ramkalawan if he would answer a Q&A on politics and his life in Seychelles. He agreed and here is his response to our ten questions:

More than 18 months on, what is your opinion on the legal row following the Presidential election of 2015. There is still pressure for another election, but the opposition appears to have gone quiet on the issue. Do you want to see another election now, and if so what will you do to achieve it?

We definitely feel that the judgment of both the Supreme Court and the Court of Appeal were not fair. They acknowledged the evidence, but then stopped short of going a little further to rule in our favour and declare the results null and void, thus calling for fresh presidential elections.

However, since then we have had the National Assembly elections and these once again proved our point on electoral fraud. The number of voters for the first round of the 2015 presidential election and that of the National Assembly election of September 2016 more or less match, whereas the number for the second round was way above. This is a clear indication that in the second round there was double voting on the part of many.

Presently, we are going through a transition. We are still calling for presidential elections, but we cannot force it on our country. At the same time, we are using this period for us to level the playing field in many ways and strengthen our democratic institutions. Much work is being done, and I believe the country is moving in the right direction.

How well are the National Assembly and the Office of President working together?

The relationship is a very positive and productive one. We have adopted the principle that we are working for the country. And so there is a lot of dialogue going on between these two branches of government. There is a regular “Leaders' Forum” in which the President, the Speaker, Leader of Government Business and myself agree on the legislative agenda and on other national matters.

Are you happy with the progress being made on setting up a National Reconciliation and Unity Commission?

We have moved quite a distance. The Assembly Committee is now working on the legislation that will direct the work of the National Commission. There is a lot to do, but we are hopeful that everything will work out well and that our people will go through the process with much confidence and put closure to the atrocities and other sad events which have marred our country for so long.

The President has announced new initiatives over the increasing problem of drug abuse in Seychelles. What more should be done?

I feel really sad when I see so many young persons imprisoned by heroin. We have basically lost a big percentage of a generation to drugs. I only wish that the government had moved in earlier, instead of simply talking for so long. The issue is a big one. In the Assembly, the LDS is giving its full backing to the fight and we are working very closely with the NDEA, specially with its new Director Mr. Khrishnan Labonte. The other sad aspect of the fight is that due to corruption elsewhere, over SCR8 million was allegedly being siphoned annually into offshore accounts held in Mauritius instead of the money going into the real fight. Just imagine what could have been achieved with nearly SCR100 million?

What other issues do you think the NA should target as a priority?

There are so many. We continue to address the issue of the high cost of living in our country. We have tried to tackle the matter in different ways and we still need to persist. Other national matters such as housing, education, health, youth delinquency, the economy and foreign labour are some of the issues that are on our agenda. We need to put this country back on track for the good of this generation and future ones.

Are you already thinking of the next NA elections and if so are you confident that the LDS be able to consolidate its majority?

To tell you the truth our focus is on the work that has been cut out for us. We are seeing how to fulfill the commitments that we put in our manifesto. After all it is only seven months since we were elected. The party will have to consider the future elections. Next year we are supposed to have District Council Elections. There will be at least three elections in the next five years. The country needs to find a way to consolidate these so that we do not spend too much money and time only on elections.

What reaction have you had from ordinary members of the public to the work of the LDS in the National Assembly?

Are the various groups in the LDS still united and working well together?

Very much so. We have a common agenda and we are sticking to it. The LDS party convention will cement everything further.

Away from politics, how do you relax? What hobbies do you enjoy?

These past seven months have been very tough. I've always enjoyed astronomy and snorkelling. From time to time I gaze at the stars and refresh my memory on the constellations and positions of the planets. I don't recall the last time I did some snorkelling. But I am confident that things will settle and I will have time to get back to my hobbies. This does not mean I don't find other ways to relax. I do.

And for the future, what are your own hopes and ambitions?

I pray that our country will come out strong and that our people will have a better tomorrow. This is what I am working for. The way things are going right now, I firmly believe the country will come out the winner and we will be able to fight the ills that are affecting us today. After all, the people of Seychelles is a strong one and we never give up on what is good and best for the country. 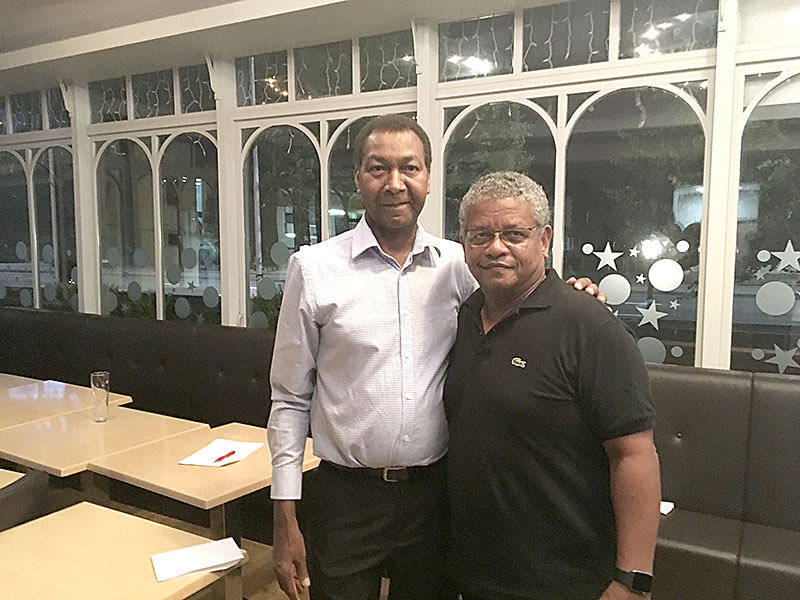