How I remember and, after 34 years, still mourn for my close friend Gerard Hoarau 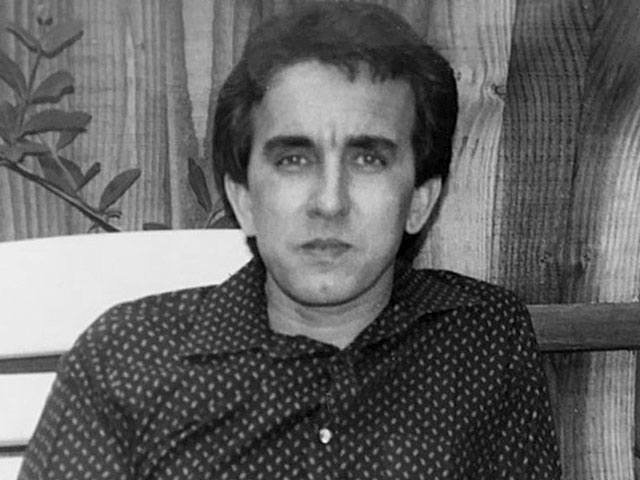 Gerard Hoarau: He aimed to restore liberty and fairness to Seychelles

The dreadful day of 29th November 1985 is one I will always remember.

It was a Friday morning, around 11.15, when I received a phone call from a man with an Irish accent. He told me: “We've got your friend, Gerard. Be careful you're not next.”

I was shocked to find out that my best friend, Gerard Hoarau, had been shot in cold blood outside his house in Edgware, North London.

Police told Gerard's family that the gunman had fired 34 bullets into his body.

Why was Gerard killed? He wanted to have real democracy restored to Seychelles.

My friendship with this great man started when we used to play football together at the Seychelles College playing field.

He went to Rome to study for the priesthood and on his return to Seychelles in 1972 we became close and talked a lot about sport.

I was then playing for Rangers FC, which was then the best football team in Seychelles.

Later that year, Gerard took control of the ailing Rovers Football Club and I left Rangers to join Rovers FC in late 1973 and became captain.

Rovers and Rangers were the best local football teams in Seychelles. Indeed, Rovers were so successful that we started to travel to abroad, playing in La Reunion, Mombasa, Zanzibar and Tanzania.

I admired Gerard for his leadership skills, organisation and planning. He really cared about sport... and life.

Everything changed on 15th November, 1979, when, working as Chief Immigration Officer, Gerard was arrested at his office at Kingsgate House. He spent nine months in jail and on his release was told to leave Seychelles and never return.

During that period at least 79 people were arrested and detained including myself. I spent three months in jail without charge or trial and even today I don't know why, as I told the Truth, Reconciliation and National Unity hearings in Seychelles earlier this year.

There were others from the Rovers football club committee detained such as Robert Frichot, Paul Chow and Pat Barallon while another player with Gerard and myself was Max Racombo.

During our time in prison Gerard was an inspiration to us all.

After his release Gerard went to his family in South Africa, then on to London. He met with many Seychellois exiles and they formed the Seychellois National Movement (SNM) in 1984. They wanted to return freedom and democracy to Seychelles.

Gerard was shot dead a week before his 35th birthday, and hope for change at that time died with him.

A number of people were arrested in connection with the killing, but no one has been charged with murder.

In 2018, ex-private detective Ian Withers, who has admitted spying on exiles for the government of President Albert Rene, was arrested in Northern Ireland, and flown to London for questioning about the murder.

Mr Withers, 79, who denies any involvement or knowledge of Gerard's murder, was released without charge, although the Metropolitan Police said he “remains released under investigation”.

Last month, Mr Withers gave a witness account to the Truth, Reconciliation and National Unity Commission in Seychelles via Skype.

Mr Withers said he was first contacted in 1979 in London to conduct surveillance activities on four Seychellois: James Mancham, Paul Chow, Gerard Hoarau and others.

He said he was shocked to learn of the murder of Gerard Hoarau, who he had been spying on since the beginning. He said he was bothered by the presence, if by coincidence, of the Seychelles Minister for Defence, Ogilvy Berlouis, who was in London on the day of the murder and who left the next day.

Mr Withers said he knew nothing of the murder at the time as he was then in Seychelles and even now does not know who shot Mr Hoarau. He said his contract with the Seychelles ended in 1986.

I thought it was interesting to hear Mr Withers's account, but clearly his testimony has left many questions unanswered. I know that some people contest his claims.

On Tuesday May 6, 1986 Gerard's body was temporarily laid to rest at the New Brentford cemetery in the West London suburb of Hounslow, five and a half months after he was assassinated.

My personal aim now is to get his body reburied in his homeland Seychelles. It is the least he deserves.

His legacy is that we must always strive for the best for Seychelles and through it all, ensure that we achieve liberty and fairness for all.

This brings me to some contemporary issues which I know Gerard would have been trying to resolve.

He was, of course, not just a politician. In his short but eventful life, Gerard demonstrated a great passion for football. It was always a priority for him and he guided Rovers Football to the highest level in Seychelles.

He was a man of great discipline and he would alway strive to achieve the best in football for the people of Seychelles.

I have just got back from Seychelles and it is depressing to see the state of our football today.

The standard has plummeted and it looks like we are 10 to 15 years behind the rest of the world.

We have a huge task to bring the level back up to the point we were before the authorities decided to nationalise the sport in 1979.

There is another core issue that deeply worries me as it has not only affected the sport I love, but more importantly has had a devastating impact on society: Drugs.

They are destroying the lives of our youngsters.

According to the Agency for the Prevention of Drug Abuse and Rehabilitation in the Seychelles, between 5,000 and 6,000 people are addicted to heroin. Shockingly, this means Seychelles has the highest usage of heroin per capita in the entire world.

Worse, there are other drugs on the street and their use is increasing.

In a population of 98,000 this is just incredible and a caring, responsible society should act immediately. Yet I don't see enough being done and this worries me. You have to ask why the authorities appear slow to move because it seems to me that in a country as small as ours, crime and bad behaviour can be easily reported and monitored. It is a disgrace for our beautiful Seychelles.

The time has come for all serious individuals to get involved and perhaps the people in sport in the Federation, can start to agitate for action at pitch level. We just cannot let this matter rest on the grounds that it is solely up to the authorities to act. We need to get active at grass roots too.

Gerard would have been there at the front trying to make things better. That is why after all these years I miss him so much and mourn for what could have been.

This year, as we have every year since his death, we will hold a special Mass for Gerard. It will be on Sunday 1st December 2019 at 6.00pm at the Roman Catholic Church of St Vincent de Paul, Osterley, Isleworth, Middlesex TW7 4AJ.

We will also pay tribute to other patriots who also lost their lives in the struggle for freedom and democracy as well as those whose lives were blighted by the actions of the Rene regime and who suffered imprisonment and exile.

Some of them we name below. They are:

There is a remark Gerard made shortly before his death which, with hindsight, was chillingly prophetic.

He had said: “They may kill me, but they will never kill the idea of freedom.”

It is important that we remember and pay tribute not only to Gerard, but to all Seychellois who through their dedication and patriotism lost everything to save their beloved Seychelles.