Danny Faure should intervene over the Regional Councils fiasco... it is taking us back to the one-party State 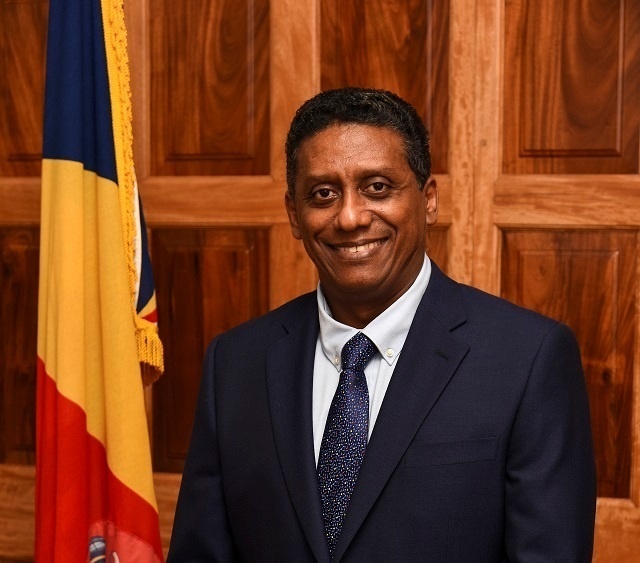 Protests are continuing about how the Government is setting up the new Regional Councils and I hope they make Danny Faure listen.

The plan was for the Councils to be part of the reform programme in the Local Government Department making it more responsive and democratic.

Sadly, the way the councillors have been selected for the seven regions is exactly the opposite.

There has been outrage that there have been no elections, only nominations, and Parti Lepep (PL) and the Linyon Demokratik Seselwa (LDS) have picked who they want to fill the seats.

The nominations fall into 23 seats for Parti Lepep and 26 from Linyon Demokratik Seselwa.

I believe it is very bad and sad the way the two political parties want to force things in Seychelles. It is like we’re going back to the era of the one-party State.

Opponents of the selection process say this method not only politicises the councils, but is also exclusive in that it shuts out anyone who has no interest in politics or who has a different political opinion. They say nomination by politicians has turned the councils into an extension of the National Assembly.

The Seychelles Inter faith organisation SIFCO has become the latest to speak out over the way the councillors have been chosen.

It says: “In reference to the Regional Councils Administrative Framework of 2018 and the Local Government Act 7 of 2015, and in order to promote national unity and peace, the Seychelles Interfaith Council urges the three arms of government namely the legislature, judiciary and executive, to consider the right of every citizen to participate in local or regional government.”

Designated Minister Macsuzy Mondon, who launched the project, had said that the establishment of the Regional Councils was an initiative to empower the community and involve them in the activities of their districts.

When the National Assembly approved the Local Government Act in 2015, “there was a bi-partisan consensus for the creation of regional councils”.

She added that the councils provided a new tier to the local government system which aimed to foster networks within districts to provide a local approach in responding to district needs.

The LDS welcomed the opportunity for the party “to participate directly in district affairs”, but the Citizens Engagement Platform Seychelles (Ceps) and the Association for Rights, Information and Democracy (Arid) have said that they are “against the process of nomination of councillors for the regional district councils”.

Arid said: “We support the decision to have regional councils instead of district councils (as a pilot project) and we believe that this will give citizens the opportunity to partake in the development of their districts at regional level.

“We have many engaged citizens, civic and religious leaders, professionals and even youths who are not interested in politics but are willing to work for the betterment of their districts hence they should be given the opportunity to stand and be elected on the regional councils. This will give the councils more credibility, legitimacy and integrity rather than having members being appointed by politicians.

“Having elected members on the council is also in line with the values of transparency, democracy and good governance.“

Lalyans Seselwa said it supports the stance taken by Ceps, noting that as the Regional Council “will be a civil service job, the requirements and conditions cannot be met through political affiliation”.

The Electoral Commission stated that the political nominations disenfranchise some parts of the population and is in violation of Article 24 which provides the right of participation in government.

Patrick Pillay, the veteran politician and former Speaker of the National Assembly, said of the initiative: “To many of us, this came as a complete surprise as the subject of Regional Councils has not been discussed in the public domain before”.

He described the nomination process as “divisive and goes against the very concept of inclusivity in our society” and suggested it may not even be lawful.

He said: “Article 24 of our constitution enshrines our right to participate in government. When you read the details of this particular article in our constitution, it becomes evident that this bi-partisan framework by two political parties without any consultation with other interest groups and stakeholders is an infringement on the rights of the many citizens who do not belong to either of the two political parties involved.”

There has also been criticism of the salaries the 42 nominated councillors will receive. Each one will get 7500 rupees per month and the seven chairs will each get 10,000 rupees.

One critical observer noted: “Many people are not happy about this situation, since, most of the councillors are in fulltime employment and already earning big salaries.

“A closer look at the people appointed will reveal that they are all practically activists of LDS and PL. It is fair to say, that the two political parties have used this opportunity to reward their loyalists.”

With President Faure urging his Government to be more accountable and transparent, it is clearly time for him to take immediate action and sort out this sorry mess.