The political landscape of Seychelles is rapidly changing. We too must act swiftly

In the United Kingdom we have seen politics at its best with David Cameron and the Conservative Party taking power, albeit with a slender majority. Cameron has gone back to Downing Street without his former Coalition partners of Nick Clegg and the Liberal Democrats and having seen off a disastrous campaign by Labour's Ed Miliband. Both losing party leaders have resigned leaving the Conservative Party to get on with running the country.

However, in the Seychelles the war of politics has just begun. I was in Seychelles to witness the media launch of the newly formed political party Lalyans Seselwa at Coco D’Or Hotel Beau Vallon. 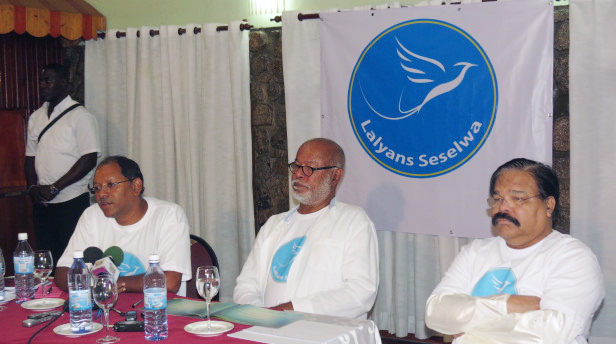 It was a calm and very organised briefing with the new contenders fielding many questions put to them by the media. I found it strange and somewhat shocking to see some of the former Ministers from the ruling Parti Lepep sitting on the front row as opposition party officials.

The move has been the talk of the town and I think it will take time for the people of Seychelles to digest.

We started by being given the manifesto of Lalyans Seselwa which was well prepared and printed.

I read it through and it was very well documented with Our Mission on the front page: The mission of Lalyans Seselwa is to build a fair and just society where the benefits of progress are shared widely amongst all.

They also had in headlines Our Party Values: Honesty, Racial harmony, Meritocracy, and Self-Reliance.

Lalyans Seselwa believes in the following attributes: compassion, resilience, unity, decisiveness, pragmatism, vision, reliability. They also talked about healing the nation as they are mindful that over the years, there have been some painful acts, errors or omissions which have caused distress. As a result some members of our community are still traumatised. To do this Lalyans Seselwa will Institute a Reconciliation and Healing Commission (based on existing example of countries that have undergone such therapy) probably places like South Africa and Northern Ireland.

In the Specific Sectors they talked about fighting corruption which they say is the one big issue for them to tackle. On law and order, they say there is urgent need to reduce the level of criminality, domestic violence and drug abuse.

It was a very compact manifesto. Then there were the introduction of the office bearers:  Patrick Pillay as leader; Amed Afif Secretary General; Doctor V Ramadoss treasurer. There was also William Herminie, Simone De Commarmond, Mrs Noellie Alexander all three of them were former Ministers from the ruling Party PL. 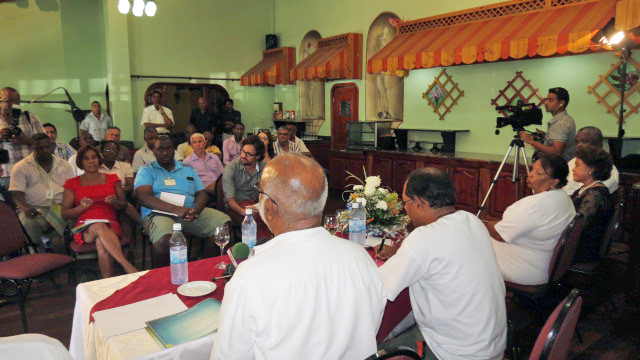 Briefing: The Lalyans Seselwa contenders take questions from the media

In an interview with Seychelles Today, Mr Pillay who has served in government for 40 years and ran five ministeries, said he may not seek the post of president in the election and would “step aside” if the party considered there would be a better candidate.

He also pointed out that Lalyans Seselwa had “no intention” of forming any alliance with Lepep. He said: “I don’t want to be associated with certain persons in Lepep because they are corrupt to the core.”

Then on Friday 29th May when the party was officially launched, Mr Pillay challenged Mr Michel to a live television debate. He said: “We say there is corruption, President Michel says it’s a perception.”

He went on to say that although some members of his committee and himself had served in government they were not ashamed of it. “We served with honesty. We have nothing to hide. Some of us have been called traitors but we would have been traitors had we chosen no to leave and not to say Mr, you’re going too far.”

From this you can judge that the political landscape in Seychelles is clearly changing very fast. Consequently, we need to adapt equally quickly.

There are possibly eight opposition parties taking on the Parti Lepep of President Michel: Seychelles National Party (SNP) with Wavel Ramkalawan; Lalyans Seselwa, Patrick Pillay; Robert Ernesta (SUP); Mike Chadstone (ICUS); David Pierre (PDM); Christopher Gill (SFP); and another newly formed Party Alexia Amesbury (SPSJD). On top of that we had Phillip Boule who though having taken part in previous elections is still waiting to throw his hat in the ring.

The development is interesting and the political future certainly looks bright. I think it is healthy to have so many talented politicians to choose from in the next election. 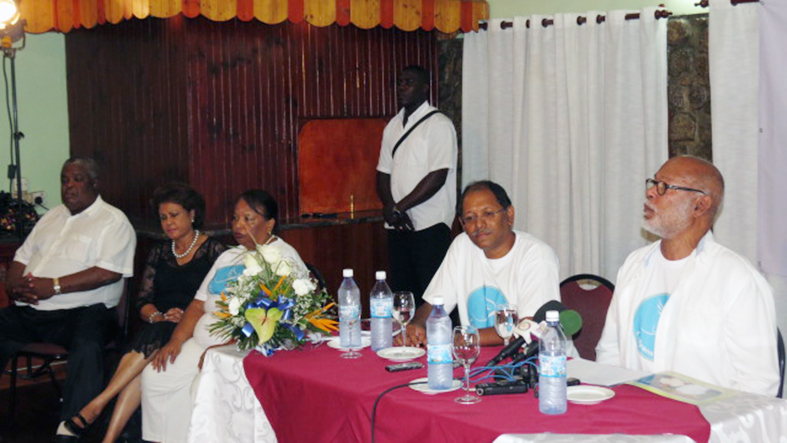 I have always stated that I would like to see a prosperous, united Seychelles where we can all live in peace and harmony and tranquility. But for us to achieve that we have to work hard together. We can do that for sure. But we have to put Seychelles first before our personal gains.

This time round we have a great chance and we should grab the opportunity with both hands.

All the opposition leaders should form a United Opposition and start working together. I am confident that by the end of the National Assembly Elections we could have a pool of elected MNAs and while they in the Assembley they can raise questions and monitor the day to day issues in Seychelles.

My belief has always been the same and I have said it before: Reconciliation is the way forward for our small nation. Please, let's start the process now. The President has got a major role to play in this as it has to start with him. Mr Michel has been to see the Pope again and I am sure he now has a different way of thinking. He must think about the best for his people and it is time for him to bring them together. I am sure he will be well rewarded.

Seychelles cannot continue the way it is going: crime is increasing on a daily basis; drugs are in abundance everywhere; the prison is full. Something needs to be done.

President Michel you have talked about reconciliation, unity and living in harmony. Now is the time to act.

Bear in mind that if you get elected again it will be your last term and you should make the most of it. I am sure you will be remembered for the good things you have done for the people of Seychelles. If you formed a Unity Government you could appoint some talented people from the opposition as some of your own experienced senior party members have jumped ship.

June is always important for us Seychellois as so many things have happened in this month. Maybe in the coming weeks we will know the date for the Election and the theme Parti Lepep will fight the next election on. There will also be the forcoming PL Convention and it will be fascinating to see how would they will deal with the newly formed Lalyans Seselwa.